Brock Pierce is an entrepreneur, humanitarian and father of two young children. His extensive track record of founding, advising and investing in innovative businesses and foundations has made him a global leader and pioneer in digital currency technology, having raised more than $5B for the companies he has founded.

Brock has dedicated his life to being in service to humanity. 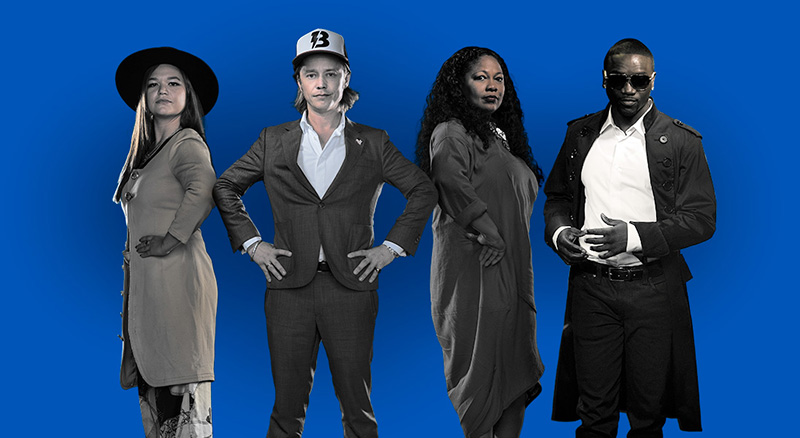 Brock Pierce is a candidate for President of the United States in the 2020 election.

Brock is an entrepreneur, philanthropist, and father. Brock has an extensive track record of founding, advising and investing in innovative businesses and foundations has made him a global thought leader.

Born into a middle-class home in Minneapolis, Minnesota, to a mother who was a minister and a father who worked in construction. Brock began his early career as a child-actor, making movies like The Mighty Ducks and First Kid. At 16, Brock believed the internet would change the world and that inspired him to become an entrepreneur. Brock has co-founded, advised, and funded over 100 companies. In 2014 he put the U.S. dollar on the Blockchain when he co-founded Tether. Tether is the #1 most traded cryptocurrency with annual trading volume of over US$10 Trillion.

A trailblazing technologist and innovator, Pierce created the first major marketplace for virtual goods in online gaming, which is expected to grow to $190B by 2025. As a pioneer in Blockchain and digital currency, he was integral to the development of the first Initial Coin Offerings (ICO), providing a revolutionary way to fund and launch digital currencies. Additionally, as a founder of Blockchain Capital, Pierce helped develop the STO, security token offering, to further secure investments in digital currency . Blockchain-based and digital currencies that Pierce has co-founded include EOS, Stablecoin and Tether, the latter of which surpassed Bitcoin with a daily trading volume of over $21 billion. Pierce’s revolutionizing innovations in Blockchain technology and online gaming have led to the development of entirely new industries, resulting in the creation of new jobs, marketplaces and wealth for millions of Americans.

A prolific philanthropist, his personal experience has led Pierce to become an advocate for due process and the rule of law with a focus on an efficient, fair, and coherent justice system as the cornerstone of democracy. As founder of the Brock Pierce Foundation, his philanthropy focuses on the Foundation for Individual Rights in Education, the Center for Individual Rights, the Brennan Center for Human Rights, the American Civil Liberties Union (ACLU), the arts and cutting-edge research in medicine and mental health.

He holds two honorary ambassadorships in South Korea related to his international leadership in technology and philanthropy. He is the Honorary President of Gimcheon Blockchain AI center which helps female entrepreneurs advance in the technology industry. In 2019 Pierce was knighted by the Ordine dei Cavalieri di San Martino del Monte delle beatitudini in acknowledgement of his philanthropic work.

Pierce has been a regular lecturer at Singularity University and has spoken at the Mobile World Congress, WIRED, INK, Stanford University, USC, and UCLA. His lifework has been featured in numerous publications including The New York Times, Forbes, Fortune, WIRED, and Rolling Stone.

Witnessing the decline of the American dream provoked by the widening gap of wealth and social inequality, Pierce decided to run for President to positively transform our nation and planet. Recognizing the polarization that is dividing us, Pierce seeks to heal and reunite our country by harmonizing right and left. In repairing our relationship with nature through the transformative, renewable use of technology and resources, Pierce believes we can generate our collective rebirth as a nation. Pierce is campaigning on a vision for a brighter future for Americans in light of the many challenges we face in 2020. Supporting small businesses and implementing twenty-first century technology solutions, Pierce aims to help American families lead more prosperous lives, from supporting mental health initiatives to advancing cutting edge, grassroots efforts to protect the environment. 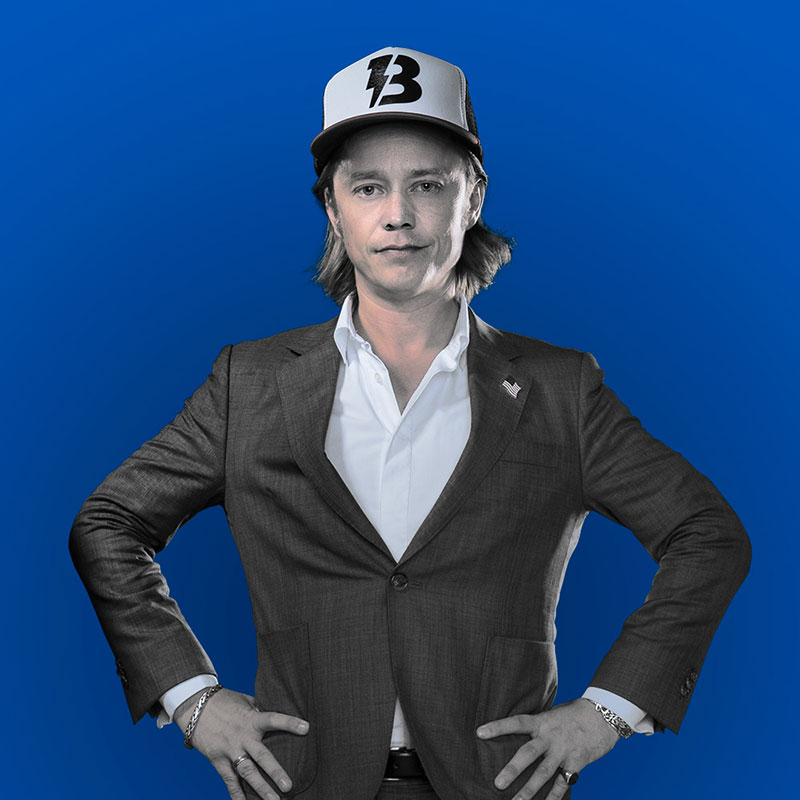 Prior to joining the Brock Pierce for President campaign as a Vice Presidential candidate fin the 2020 US election, Karla Ballard Williams served as Founder and CEO of YING, a peer to peer skill-sharing and global time-sharing platform (iOS / Android app) engaging members and organizations with a complimentary currency that provides community and individual benefits.

YING helps groups and communities to facilitate on-demand skill exchanges to assist with tasks between members. The platform provides B2B enterprise engagement for NGOs and corporations while also creating a plug-and-play sharing ecosystem for affinity groups.

Karla was formerly Senior VP of Participant Media’s TAG division, a social-action agency working with brands, foundations and the public sector to ignite compelling campaigns to serve vulnerable communities. Prior to joining Participant Media, Karla was with Ogilvy & Mather as the Senior VP and lead for The IMPACT Studio, working on projects that ranged from the State of California to Sony Pictures Television. Previously, Karla worked at One Economy Corporation, where she led a vital division of a $51 million BTOP grant focused on broadband adoption. Given her key role in the media industry and vulnerable communities at the local and national level, Karla was appointed to the Federal Communications Committee (FCC) on Diversity in Media. In addition, she created and led corporate relationships with partners such as Comcast/NBC, Verizon, Participant Media, Sprint, City Year and others.

Karla is a current advisory board member of Blue Star Families, Co-Chair of Shareable, HashtagLunchBag, and USC’s Next Gen Council for Stephen Spielberg’s Shoah Foundation. She has been a visiting speaker at Harvard, UCLA and Georgetown University and is a former board member of the nation’s second largest community college, Northern Virginia Community College. Karla is the co-founder of the first Urban League in the State of Delaware, The Metropolitan Wilmington Urban League. She served as the first female national president of the National Urban League Young Professionals.

In 2012 Karla was awarded the Keepers of the Dream Award from the National Action Network in New York City. 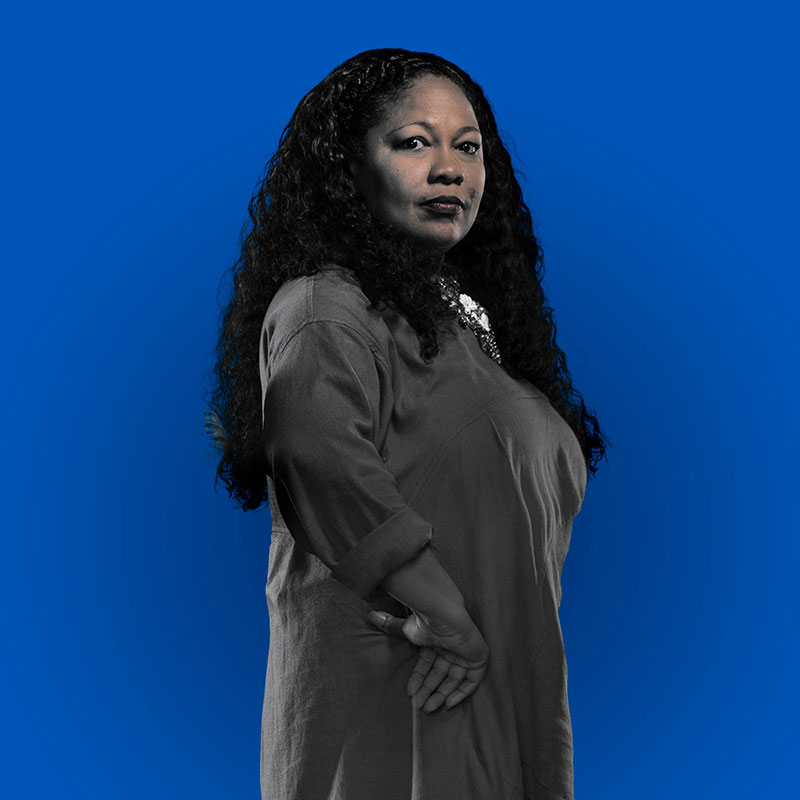 Brittany Kaiser is a data rights and human rights activist. She is the founder of the #OwnYourData Movement. She is a cofounder of the Digital Asset Trade Association (DATA), a nonprofit lobbying firm advancing legislative reform to protect the rights of individuals to control their own digital assets. She currently works with the states of New York and California on privacy and Blockchain legislation. To raise awareness about data rights, she recently co-founded the Own Your Data Foundation, to train others in digital literacy. Brittany is the primary subject of the Netflix Original documentary The Great Hack, which premiered at the Sundance Film Festival, was recently nominated for a BAFTA and shortlisted for an Oscar. Brittany is also the author of Targeted, published by Harper Collins in 13 languages. Brittany has lectured at Harvard University, Oxford University, Columbia, USC and other leading educational institutions.

Brittany also has extensive experience in politics and international law. In addition to consulting on numerous political campaigns at the international level, Brittany was a key strategist for two successful Presidential Campaigns for the Democratic and Republican parties. She has worked as a lobbyist and advocate for major human rights organizations, appealing to multiple governments to end crimes against humanity. 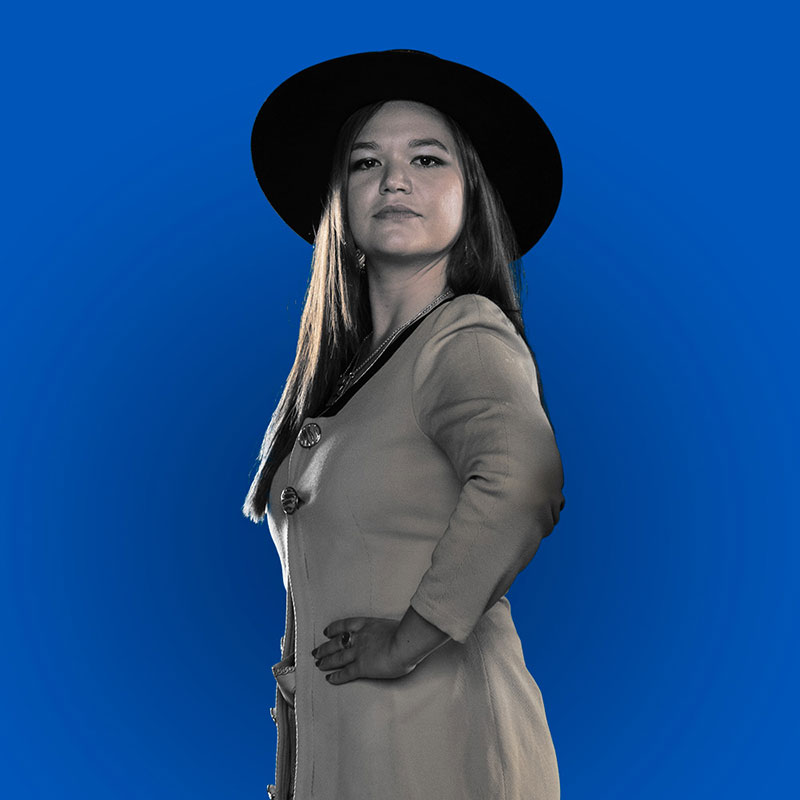 Born in St. Louis, Missouri into a family of musicians, Akon spent his early childhood in Senegal. At the age of 7, he left Senegal for the United States to live in Union City, New Jersey. A Grammy-nominated, multi-platinum selling artist, producer, entrepreneur, and philanthropist, Akon is one of the world’s most influential voices in music today. In addition to having two multi-platinum albums, Akon has had 27 songs on the Billboard Hot 100 and is the first artist to accomplish the feat of holding both the number 1 and 2 spots simultaneously on the Billboard Hot 100 charts twice.

Akon is an established bona-fide global superstar. He has sold over 35 million albums worldwide, received 5 Grammy nominations and collaborated with an array of A-list artists from many genres including Lady Gaga, Eminem, Gwen Stefani, Daddy Yankee, Lil’ Wayne, Michael Jackson, Snoop Dogg and many others.

Akon’s global vision is rooted in music but has expanded to include renewable energy, an issue that profoundly affects citizens all over the world. His Lighting Africa initiative has put him at the forefront of the sustainability movement. This platform has given Akon a global stage as a multi-dimensional philanthropist, global entertainer and, in his own words, “a social entrepreneur.” 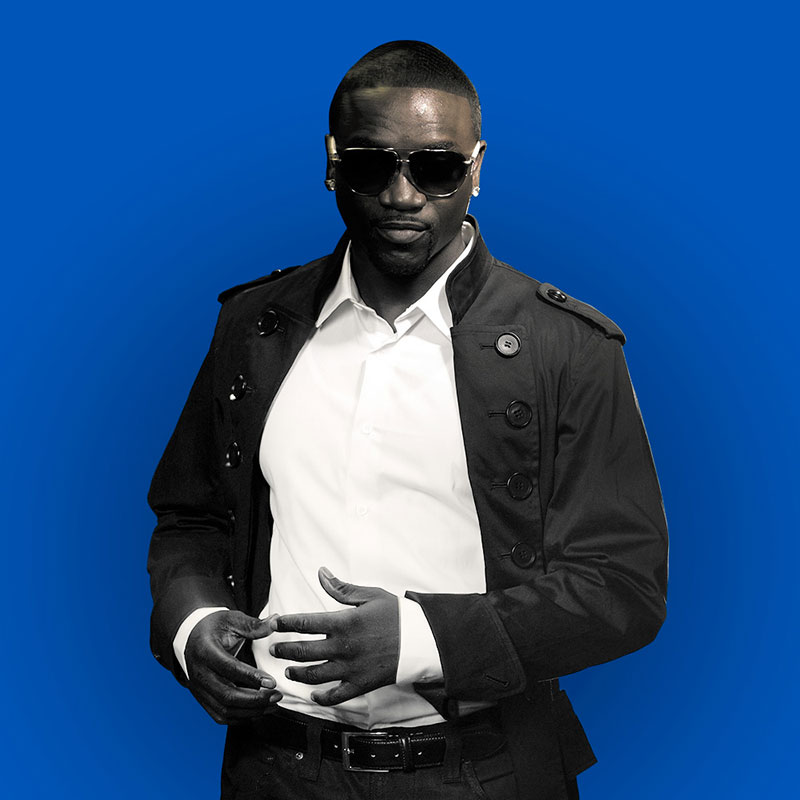 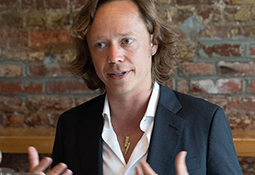 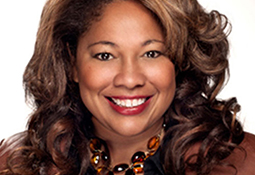 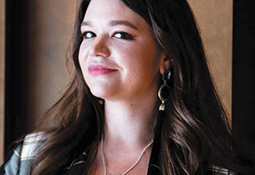 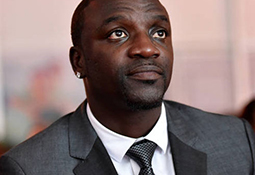